Today we welcomed the announcement that gives confirmation that Wembley Stadium will  indeed play host to fan-attended games in the rescheduled 2021 UEFA European Championships. 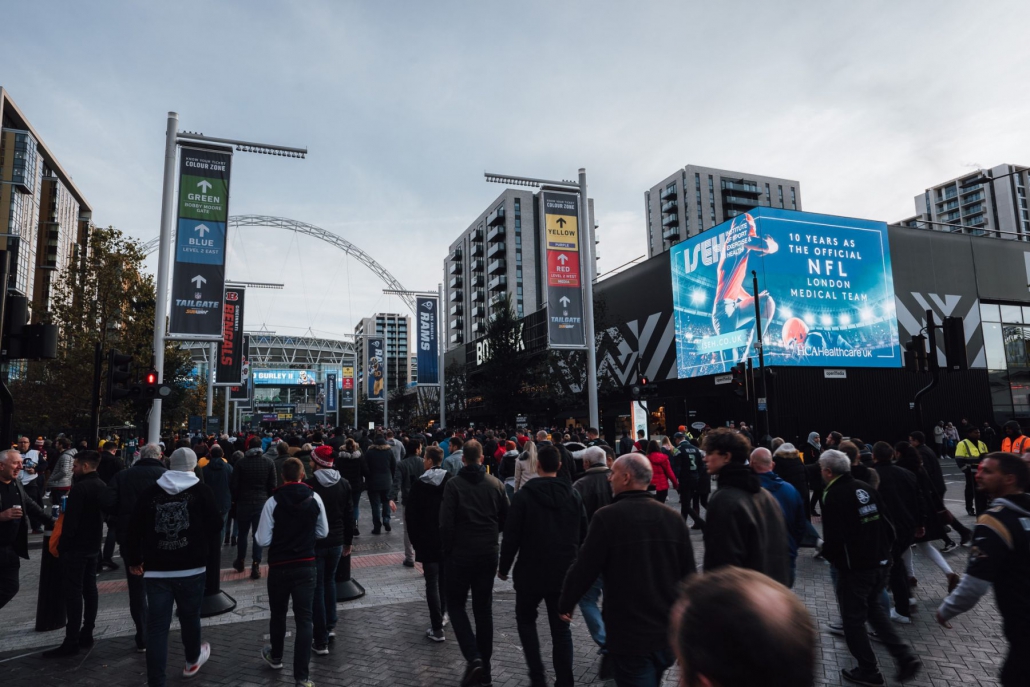 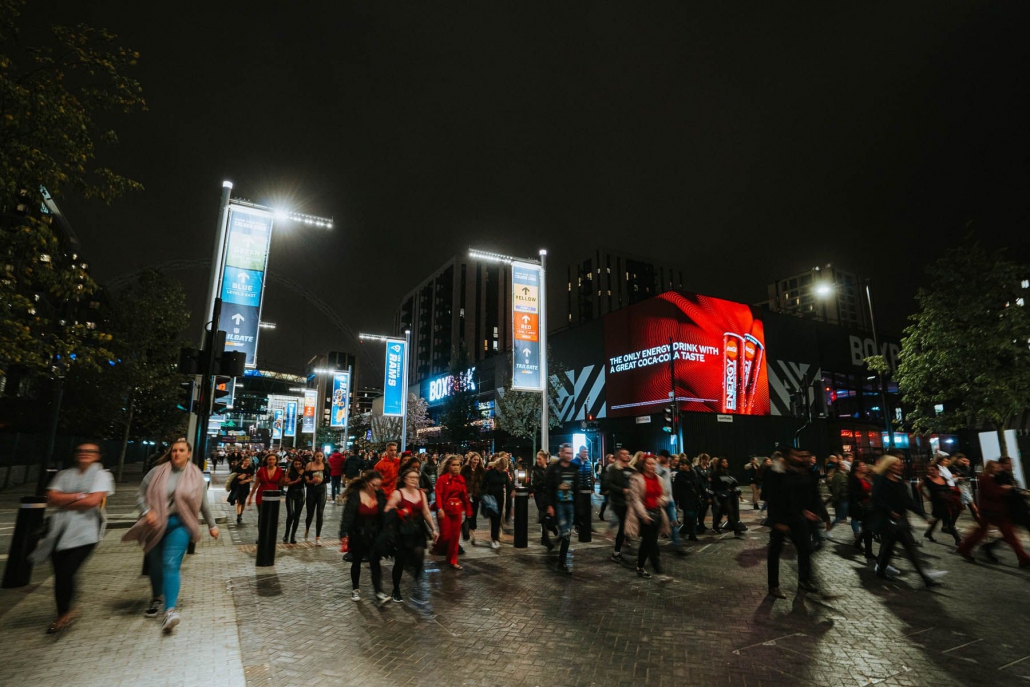 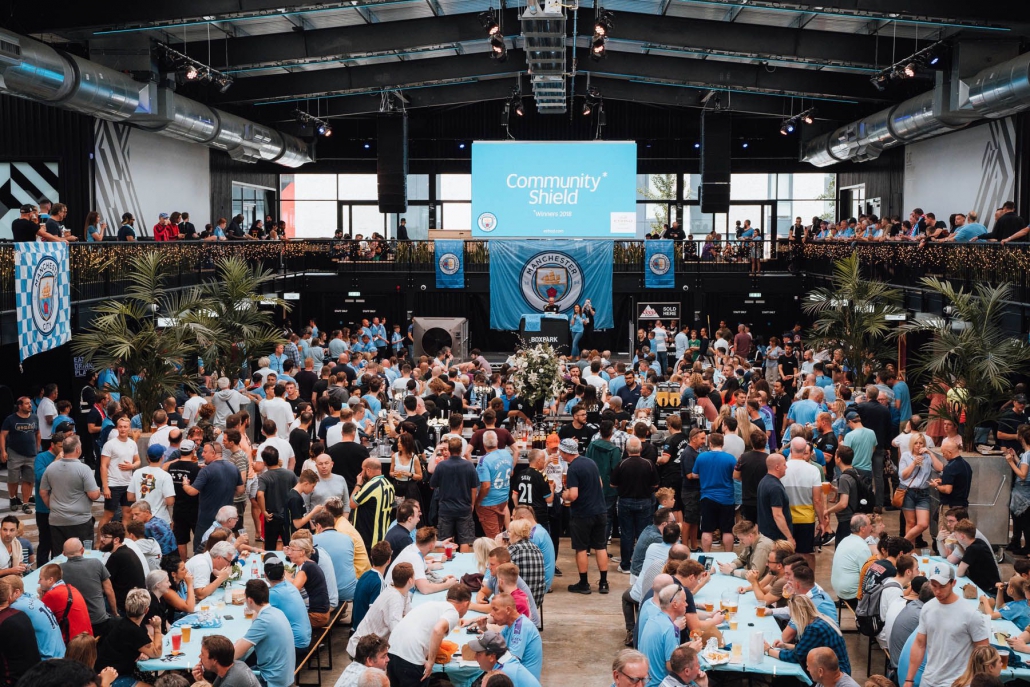 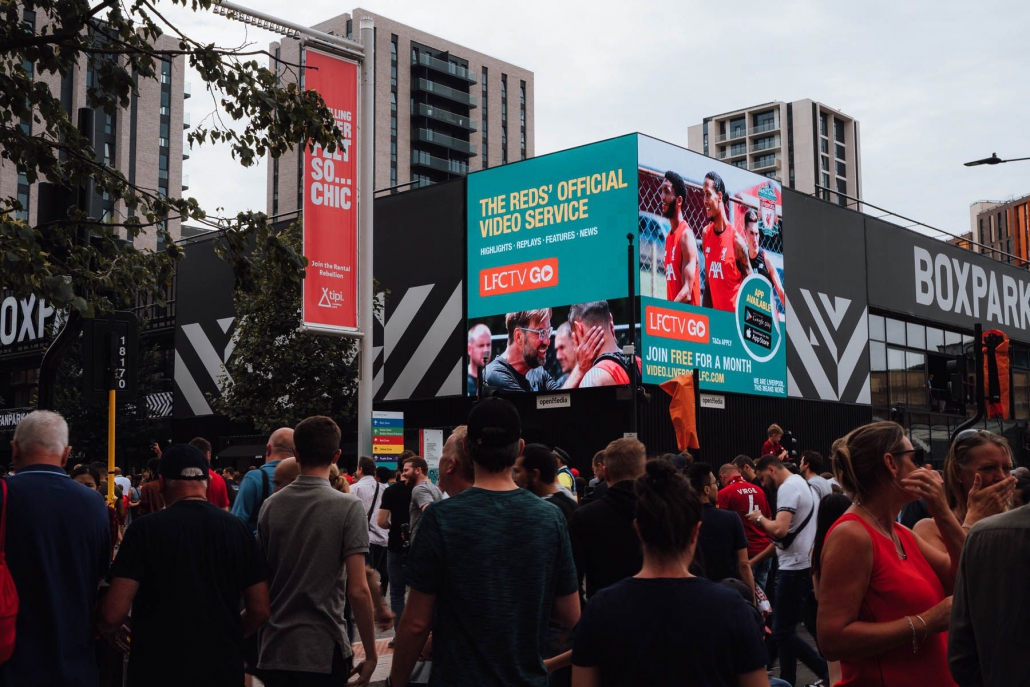 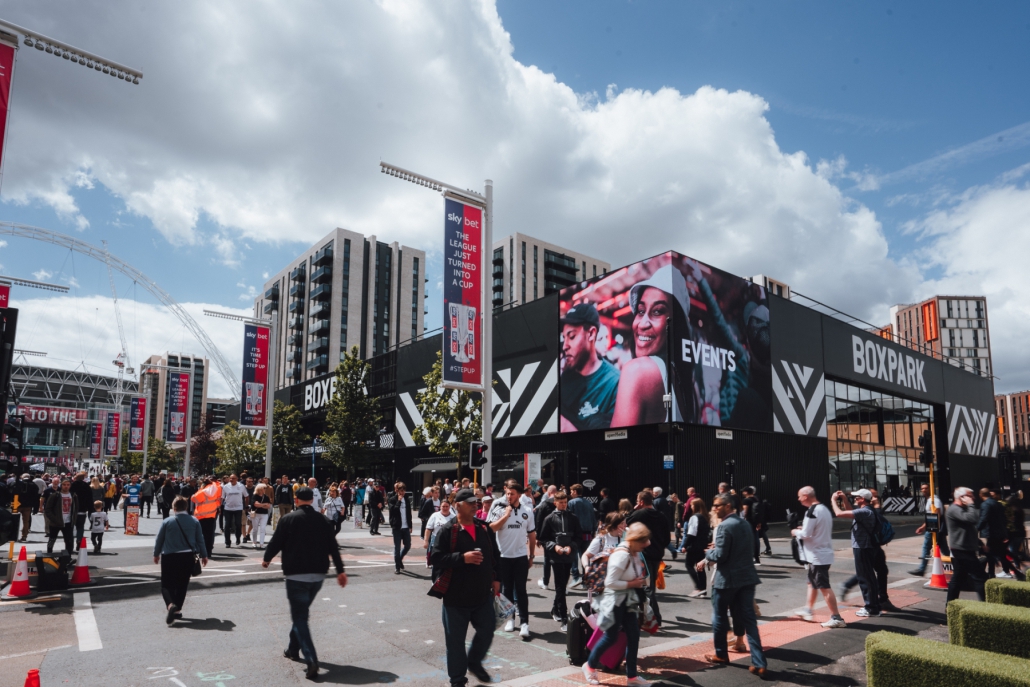 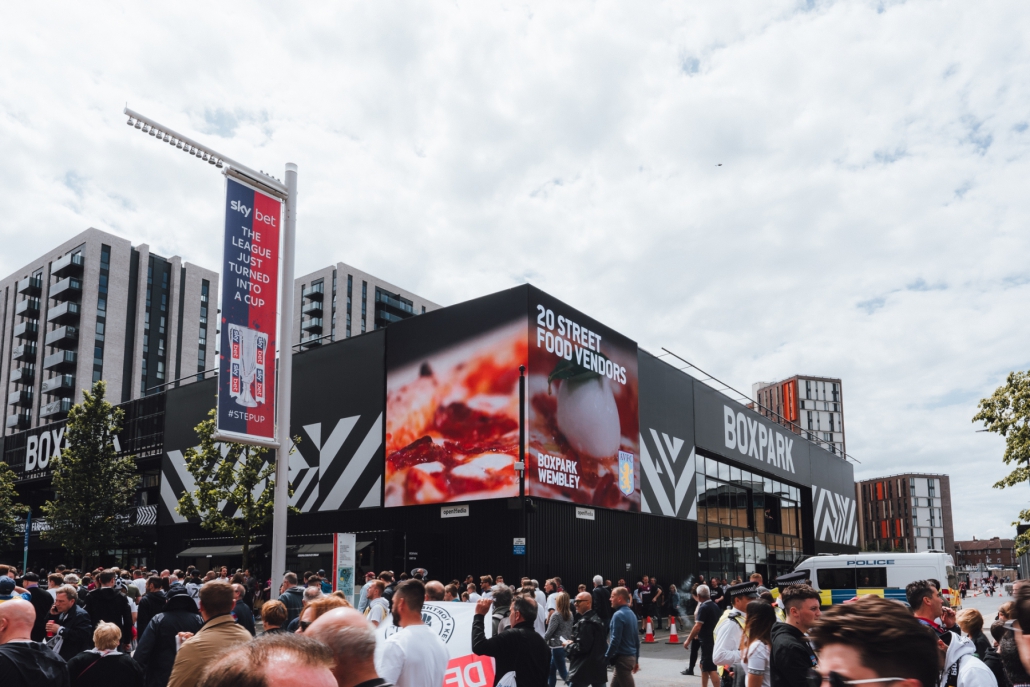 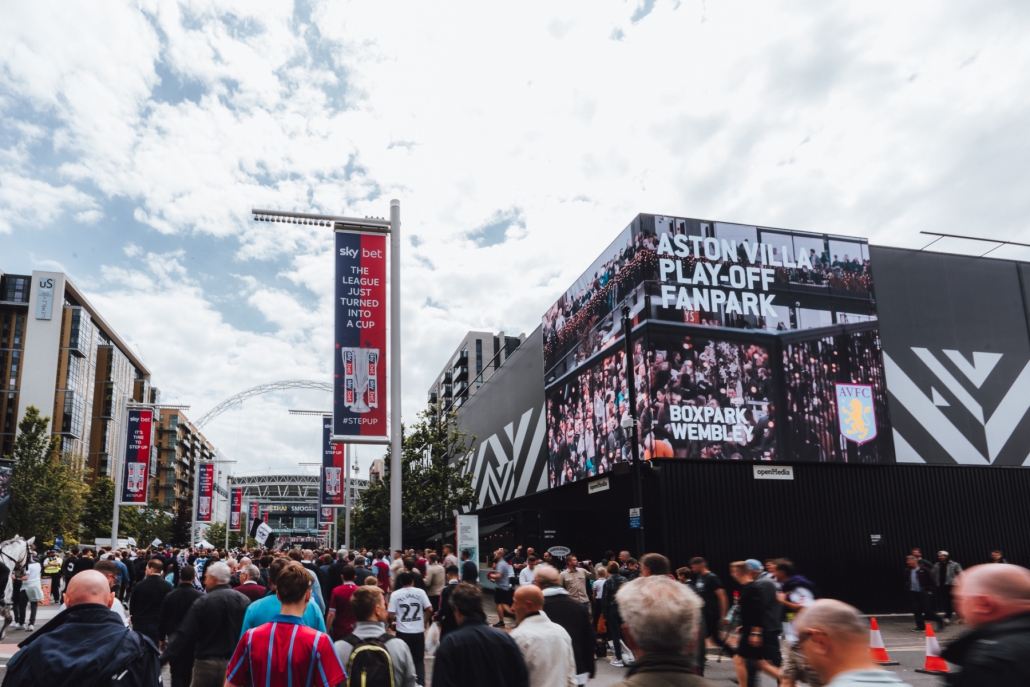 There will be a guaranteed 22,500 football fans present in the stadium for the first time in the UK since early 2020! The FA have also said the plans are in place for the final at Wembley to be at 50% capacity, meaning 45,000 fans could be present. This is twice the number of spectators permitted under the government’s roadmap out of the COVID lockdown but the matches at the home of English football will have special status at test events.

At this moment in time, Wembley is primed to host 7 games in total, including all 3 of England’s group games against Croatia, Scotland & Czech Republic, as well as both semi-finals and the final itself.

As of today, the Wembley matches are as follows:

A decision on whether any of the 12 host cities will lose their matches as a result of being able to provide guarantees of fans attending from UEFA is expected on April 19, which opens up the opportunity for even more of the tournament’s matches to be hosted to England, potentially in the north of England rather than London, as well as Scotland. 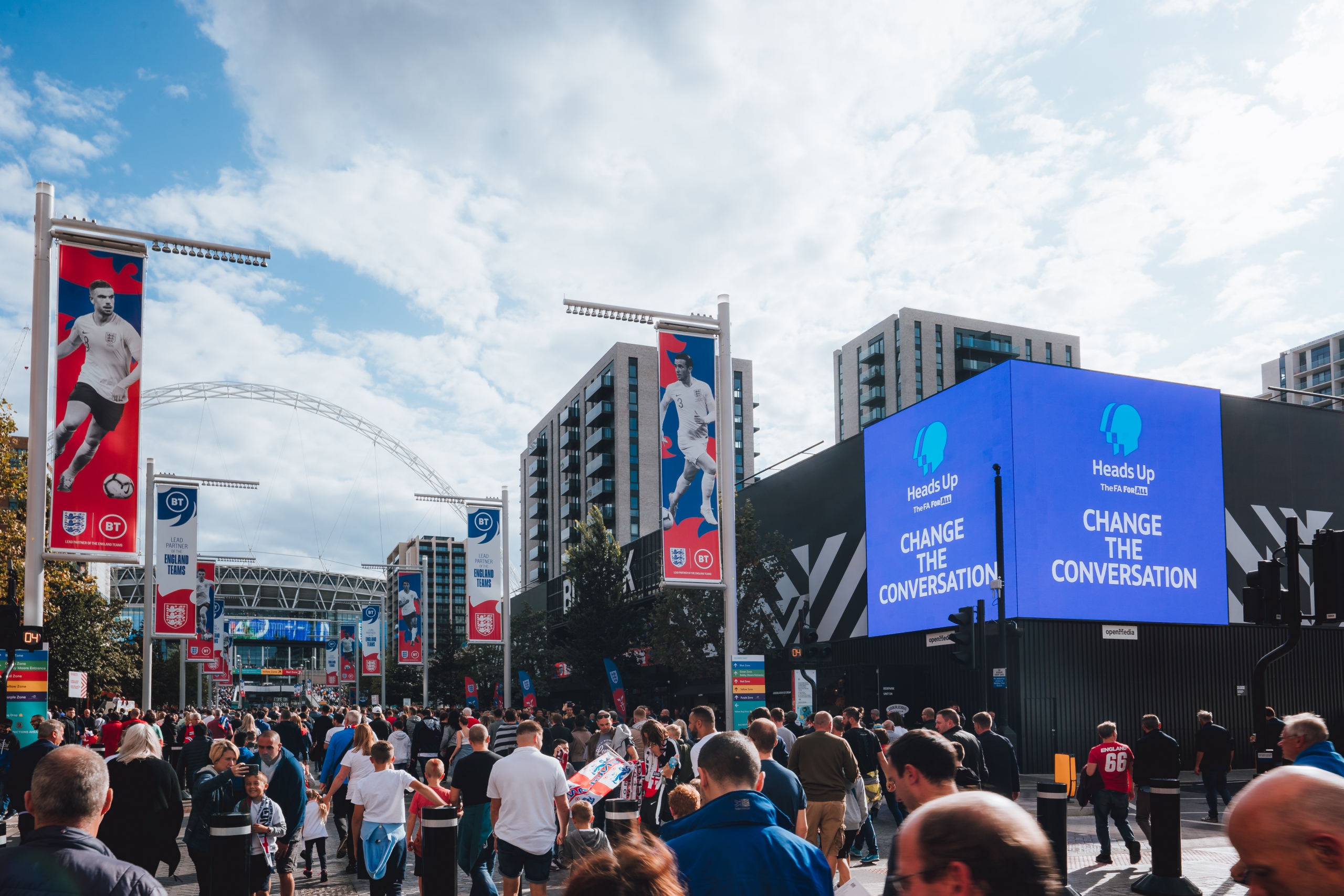 Our Boxpark site has lit up Wembley Way for England matches in the past, with amazing campaigns such as Nike’s to mark the 93 black players who paved the way for English football & Heads Up’s important message to get men talking about mental health as much as they talk about football. The internal & external screens dominate this iconic location, and we can’t wait for this preview of normality, and eventually to see the full capacity of fans back outside the ground again. 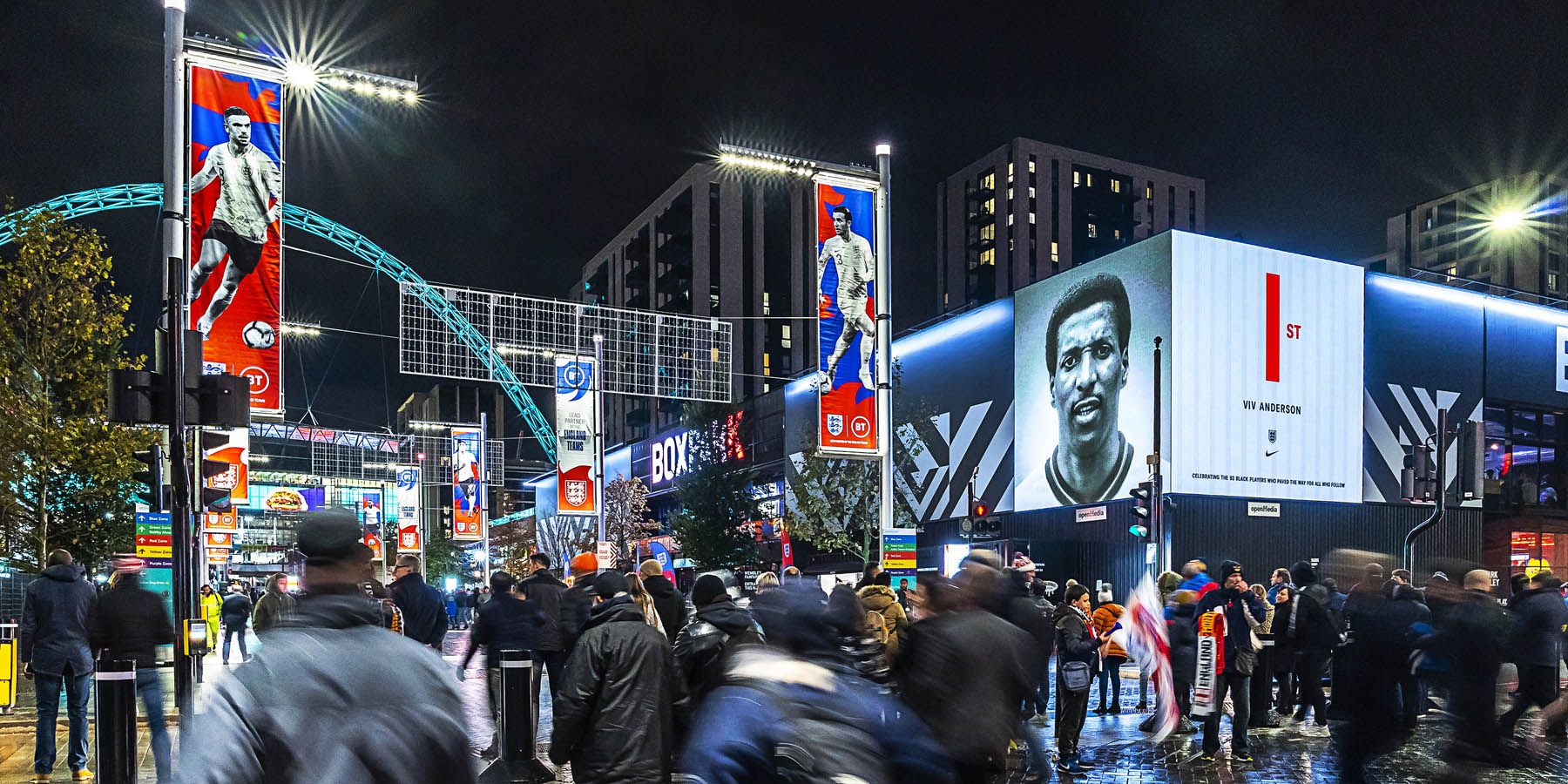