As LFC paraded around the city celebrating yet another successful season, our digital Liverpool portfolio was taken over by some genius reactive copy, as well as two unmissable banners to line the route.

The team paraded around Liverpool on Sunday 29th May, the day after they faced Real Madrid in the pinnacle of European football – The Champions League Final. Although the result on the night wasn’t what everyone wanted, it didn’t stop hundreds of thousands of reds lining the streets of the city to see the team show off their two previously secured trophies – The FA Cup & Carabao Cup.

The showpiece of this activation were two unmissable banners booked by Nike, who made their mark on this momentous occasion, utilising two of these at the crescendo point of the parade. As the team came to the end point of their citywide procession, in the final approach to the Liver Building, they passed these two enormous banners on either side of the road.
Images of this day are going to be shared across the globe and be revisited for years to come, with Nike at the focal point of many of them. 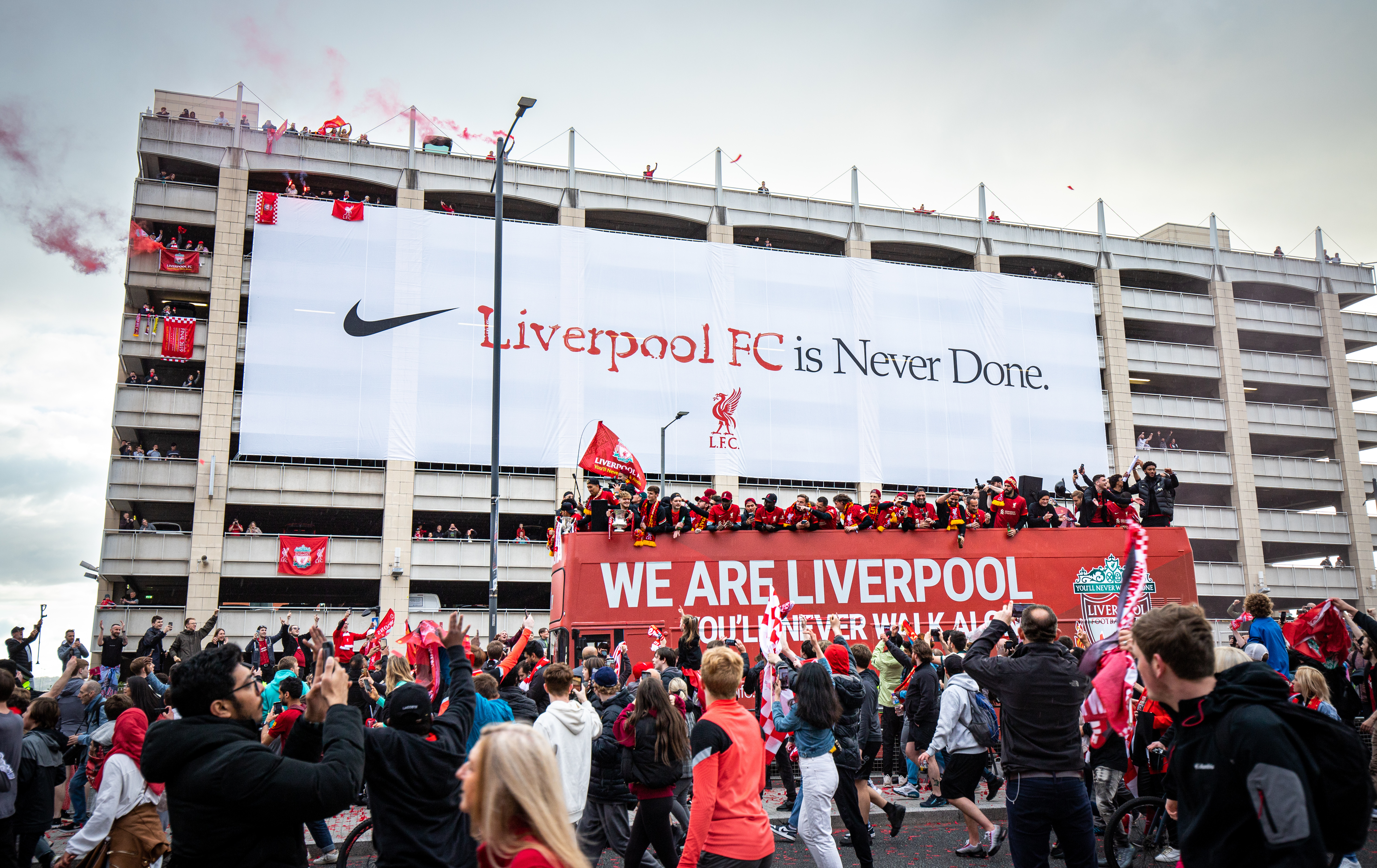 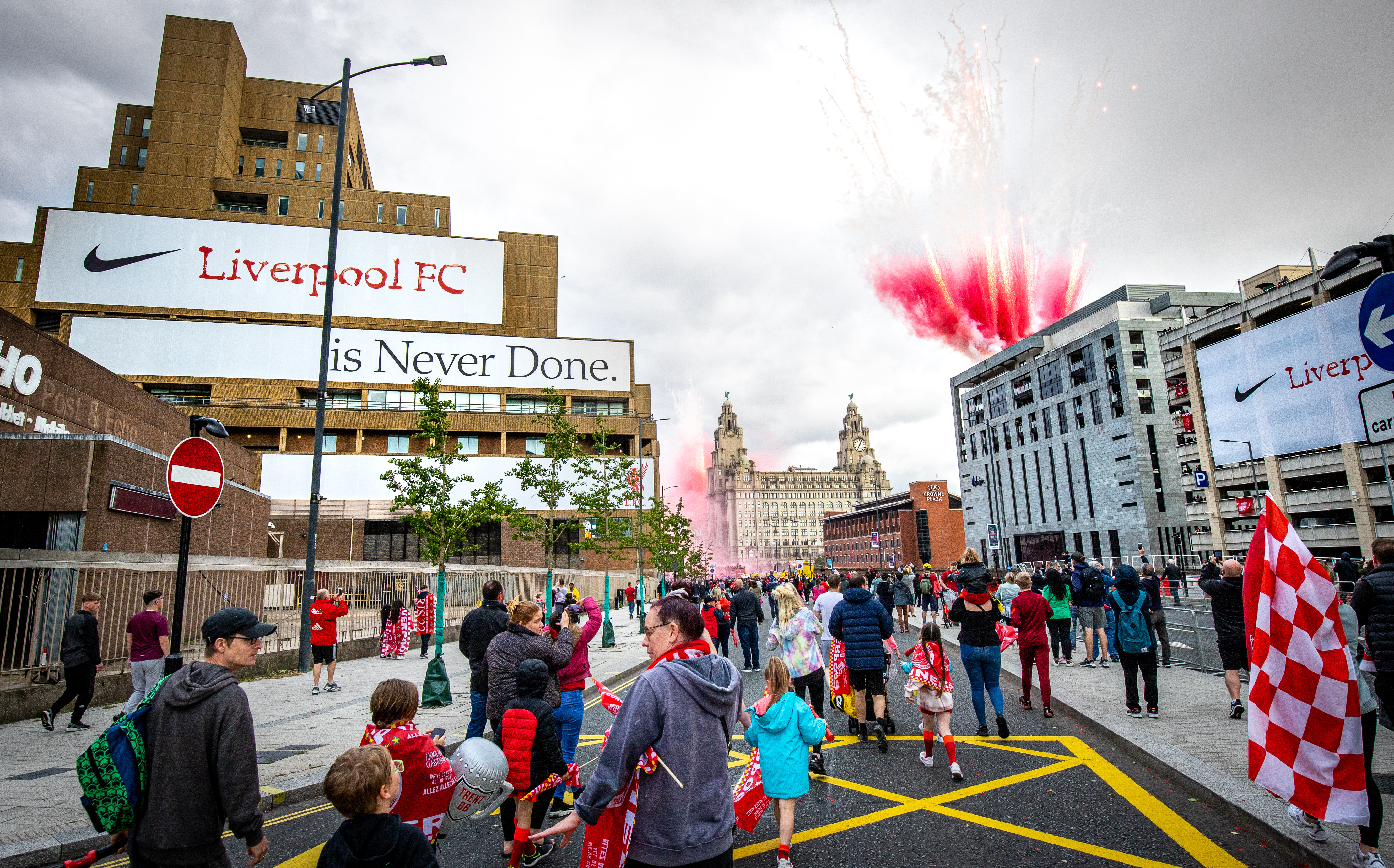 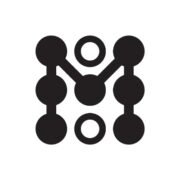 “What an amazing way to celebrate 50 years of sport with Nike.

A brilliant team effort to get this off the ground. The Reds celebrated their season with a special bus tour around the city on Sunday and it was great to see Nike at the heart of it!” 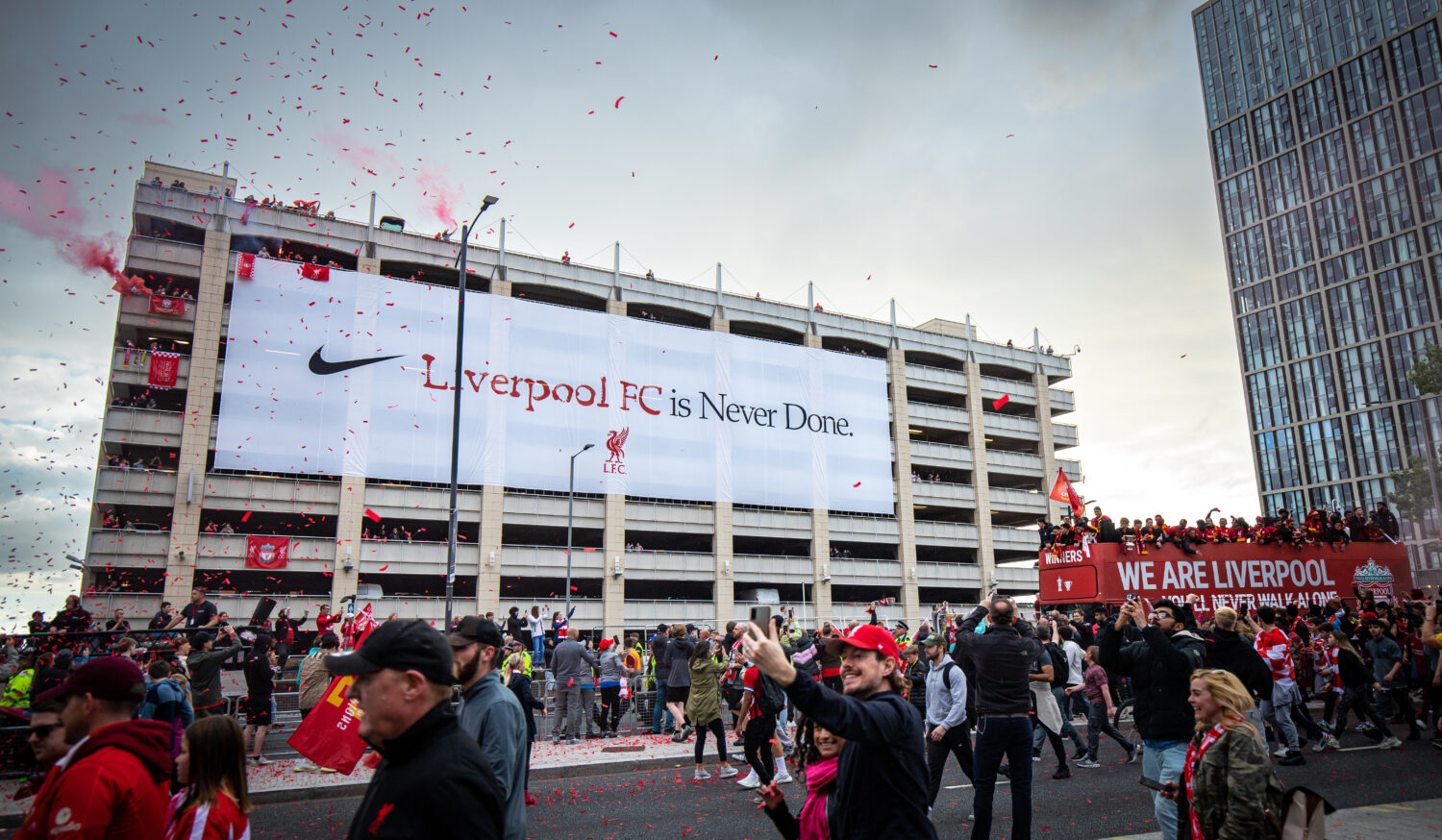 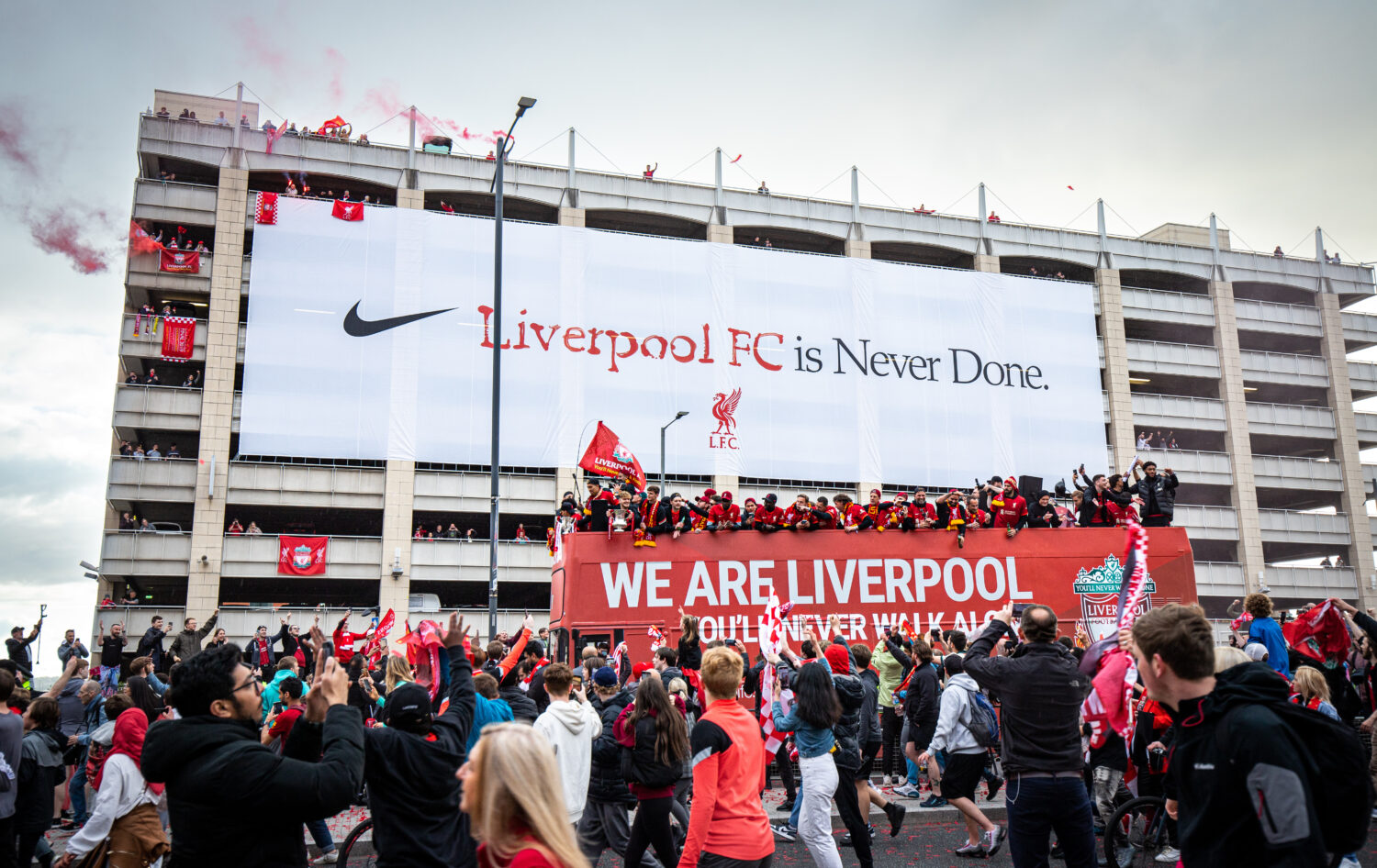 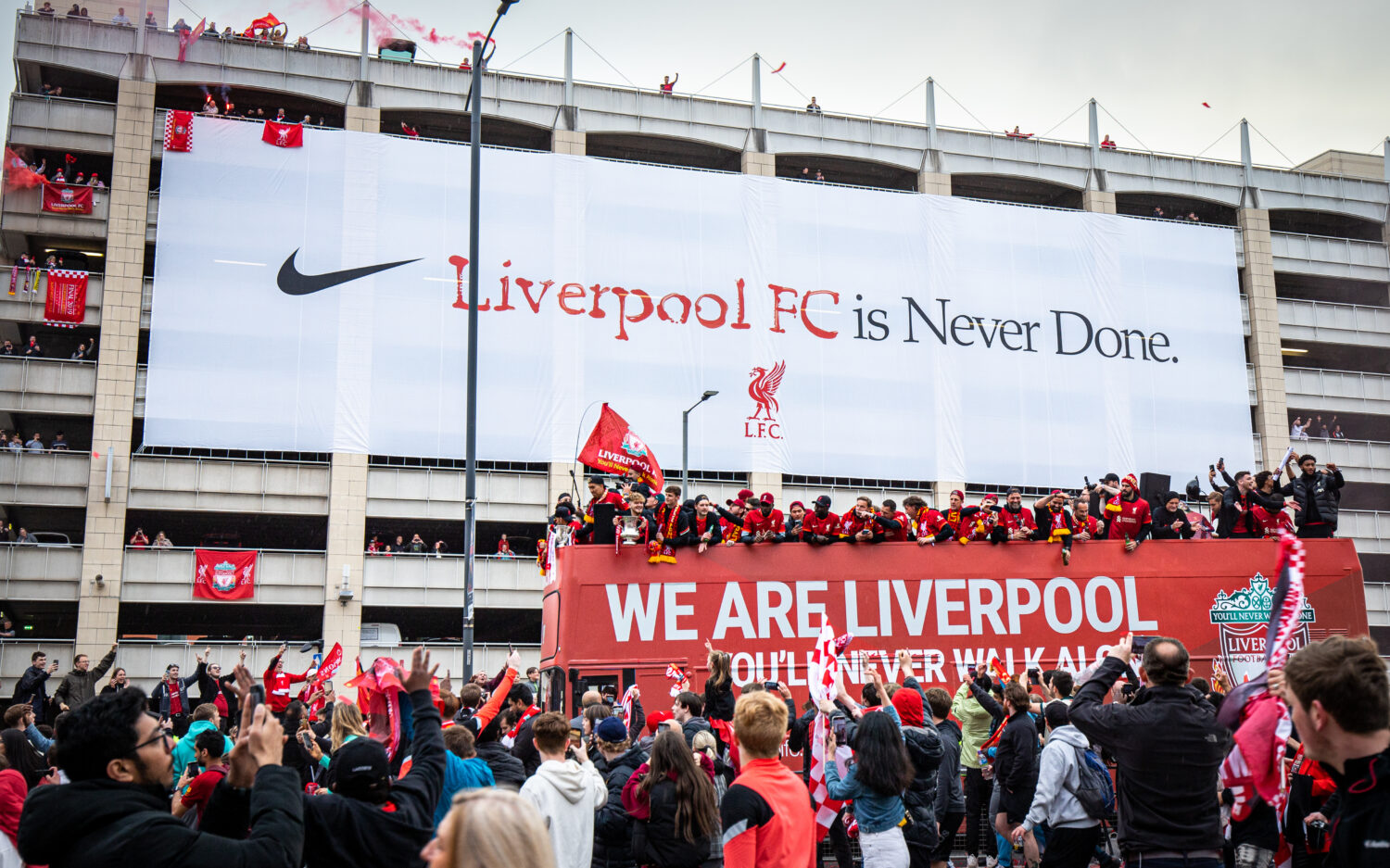 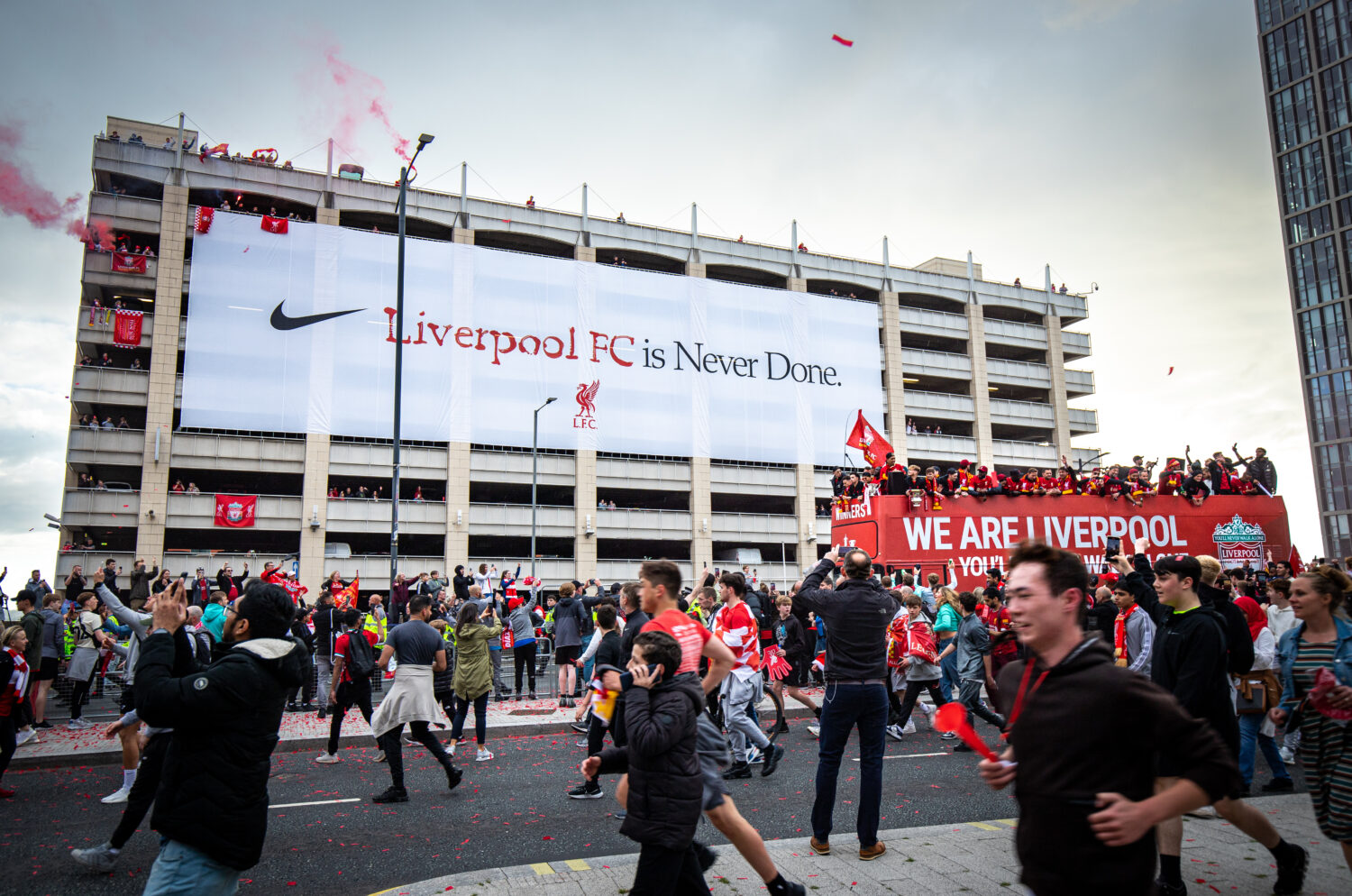 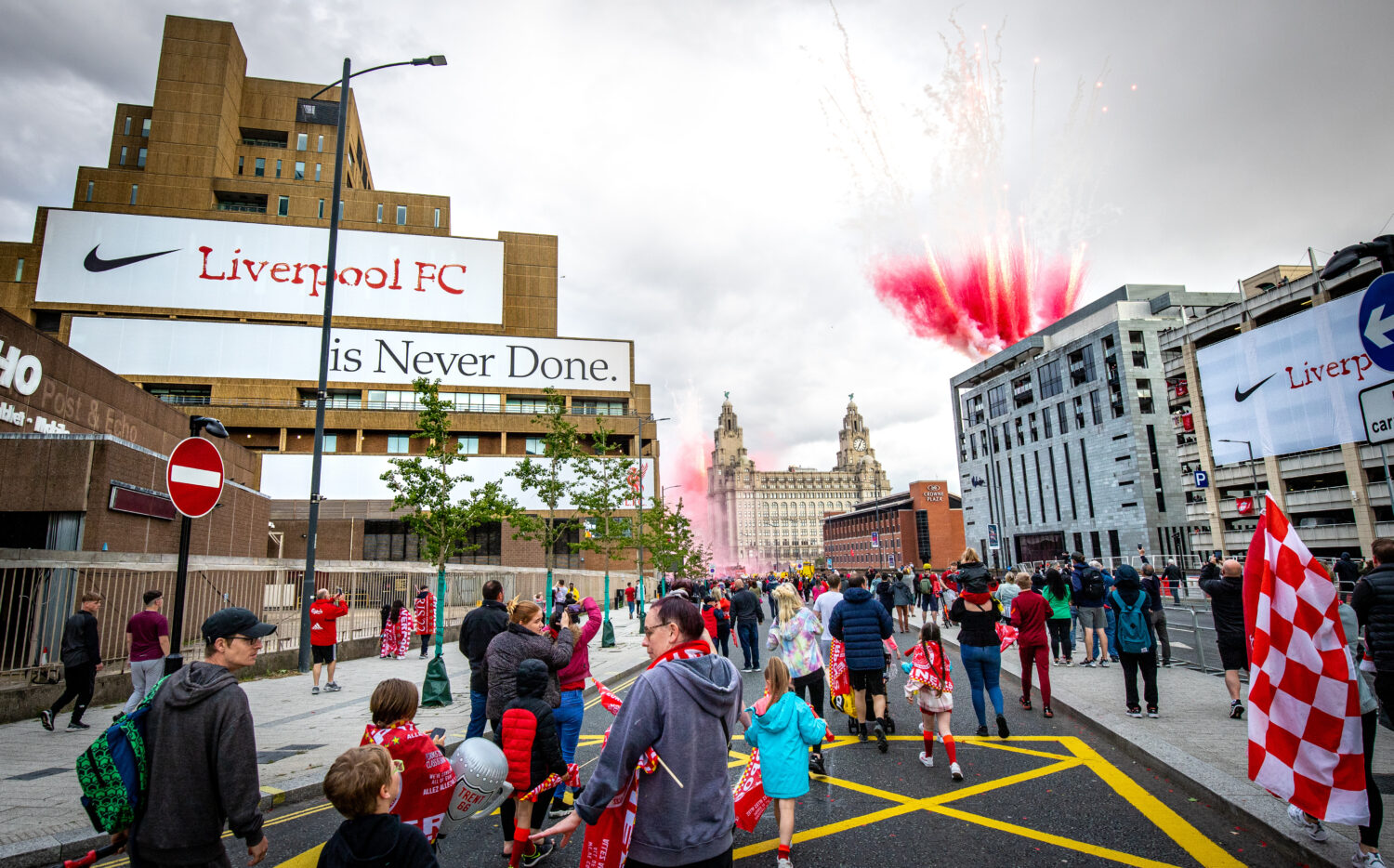 As well as these two banners, a host of other brands utilised our digital portfolio across the city centre to mark Liverpool’s success with some commemorative content of their own.
Some of the clients we had up across our Liverpool portfolio who ran celebratory reactive copy included: Expedia, Nivea, BT Sport, The Guide & Vista. 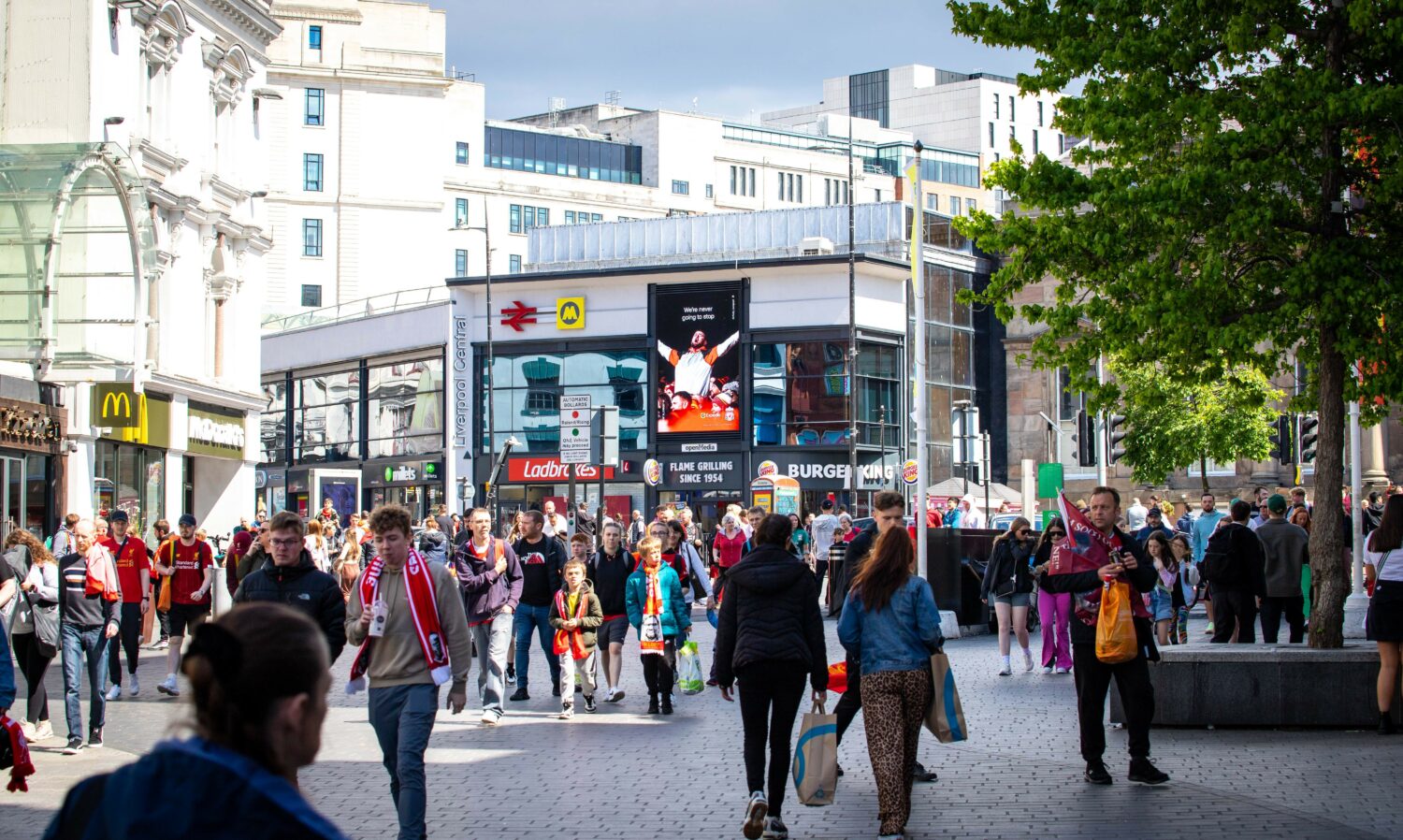 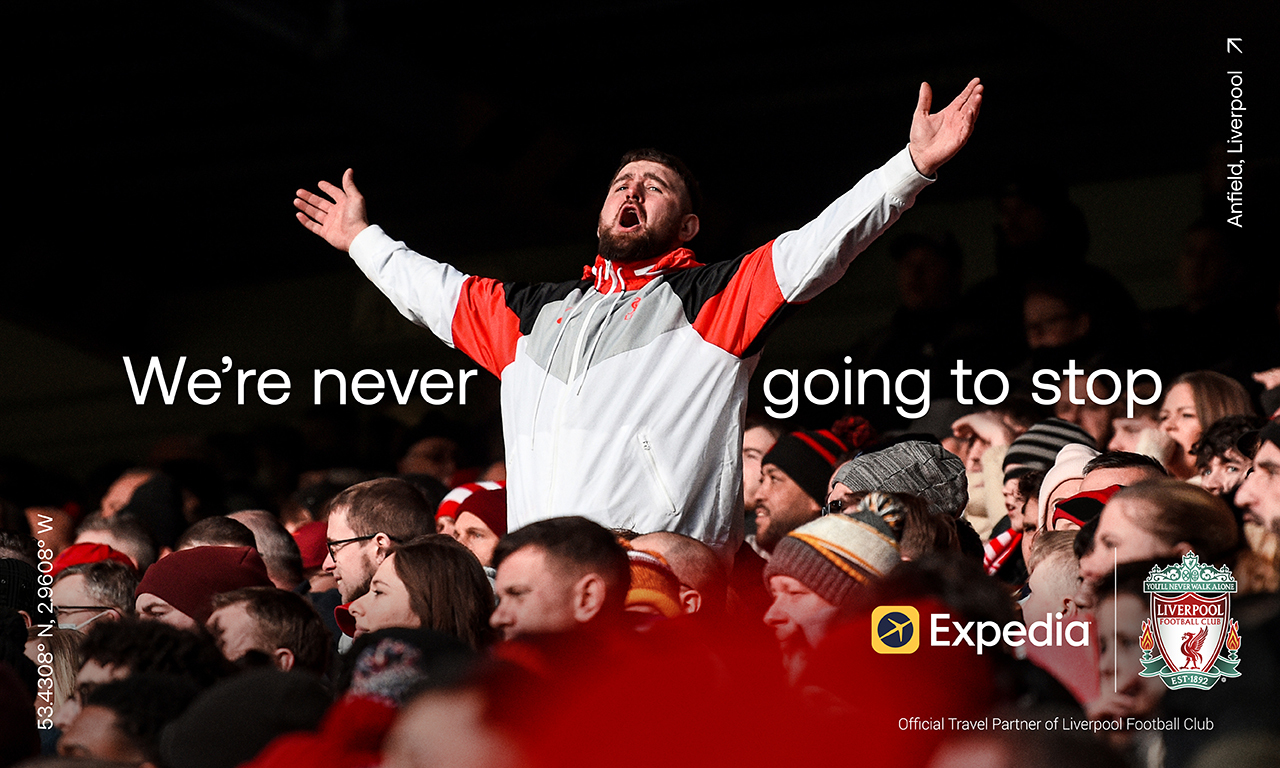 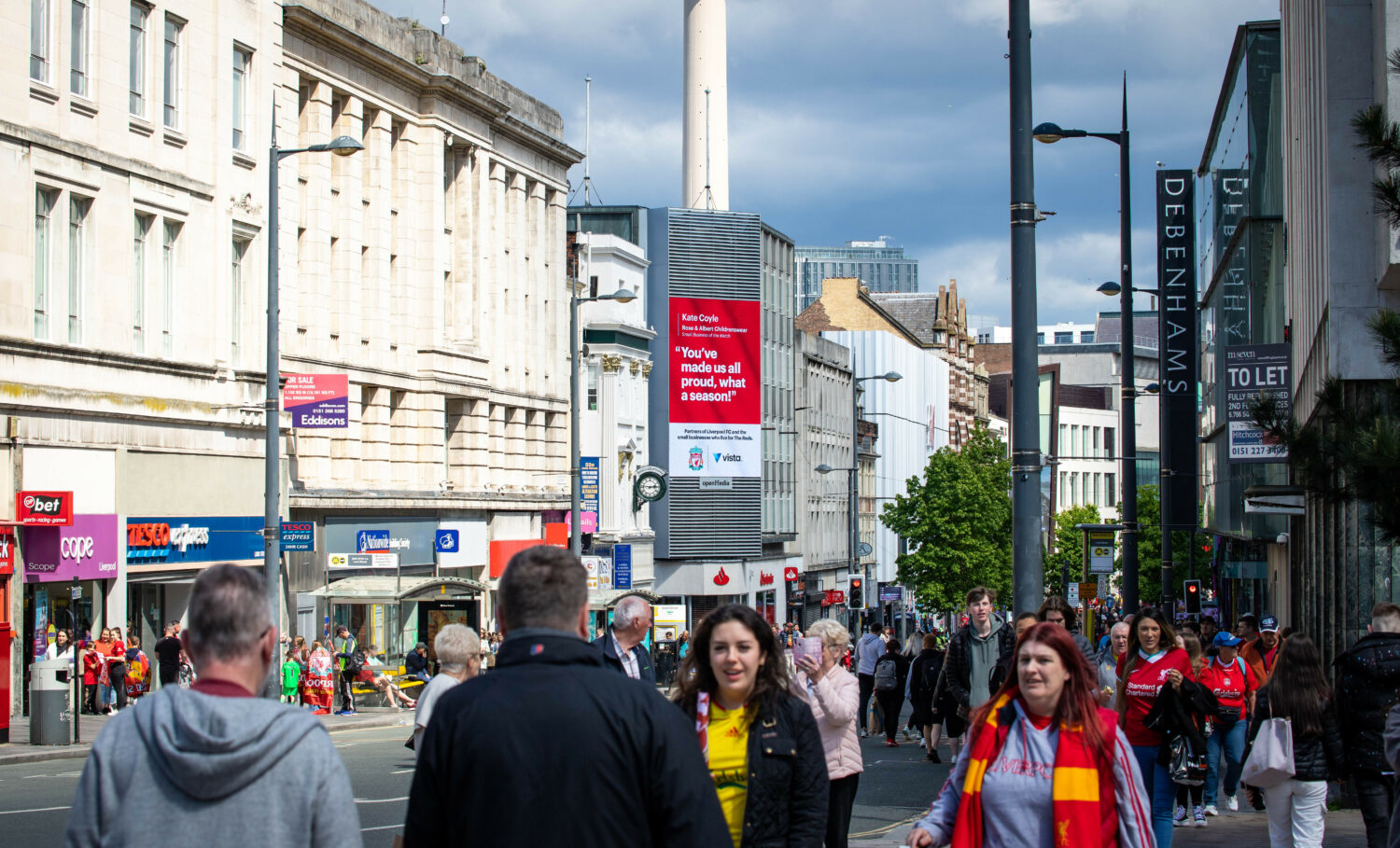 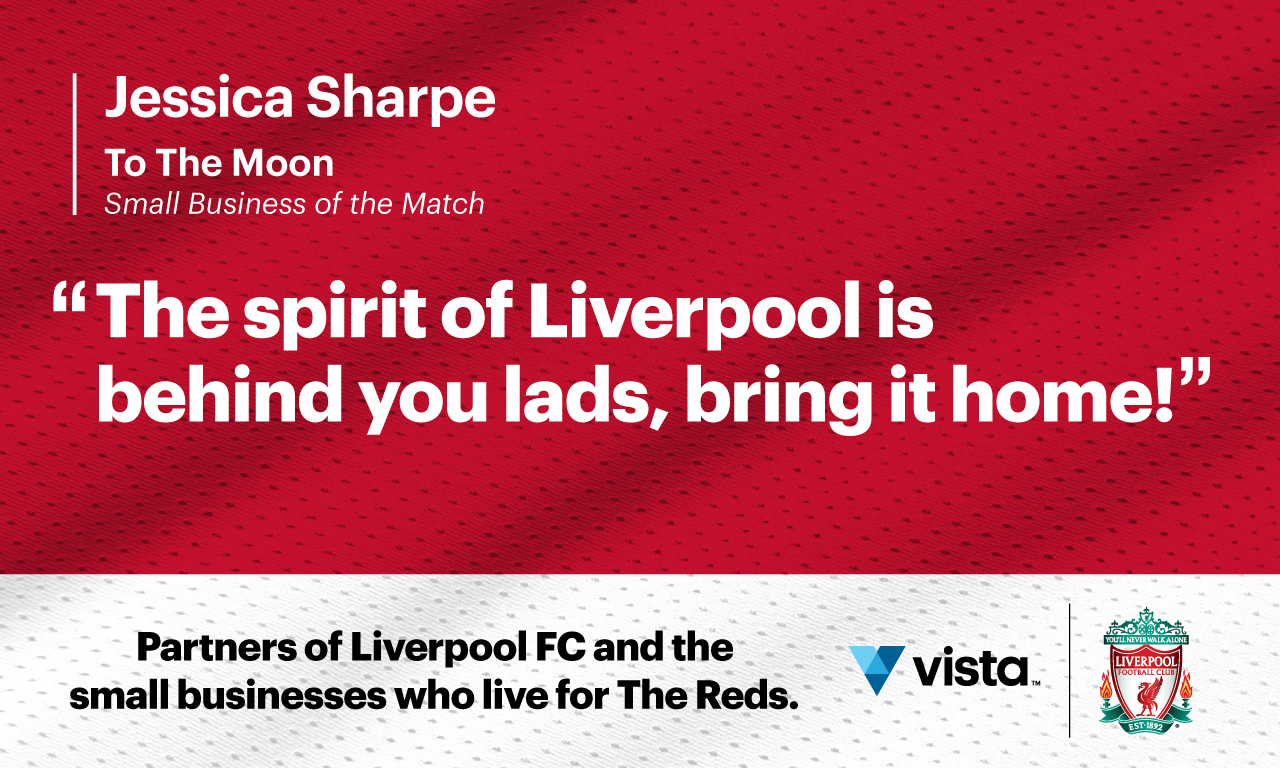 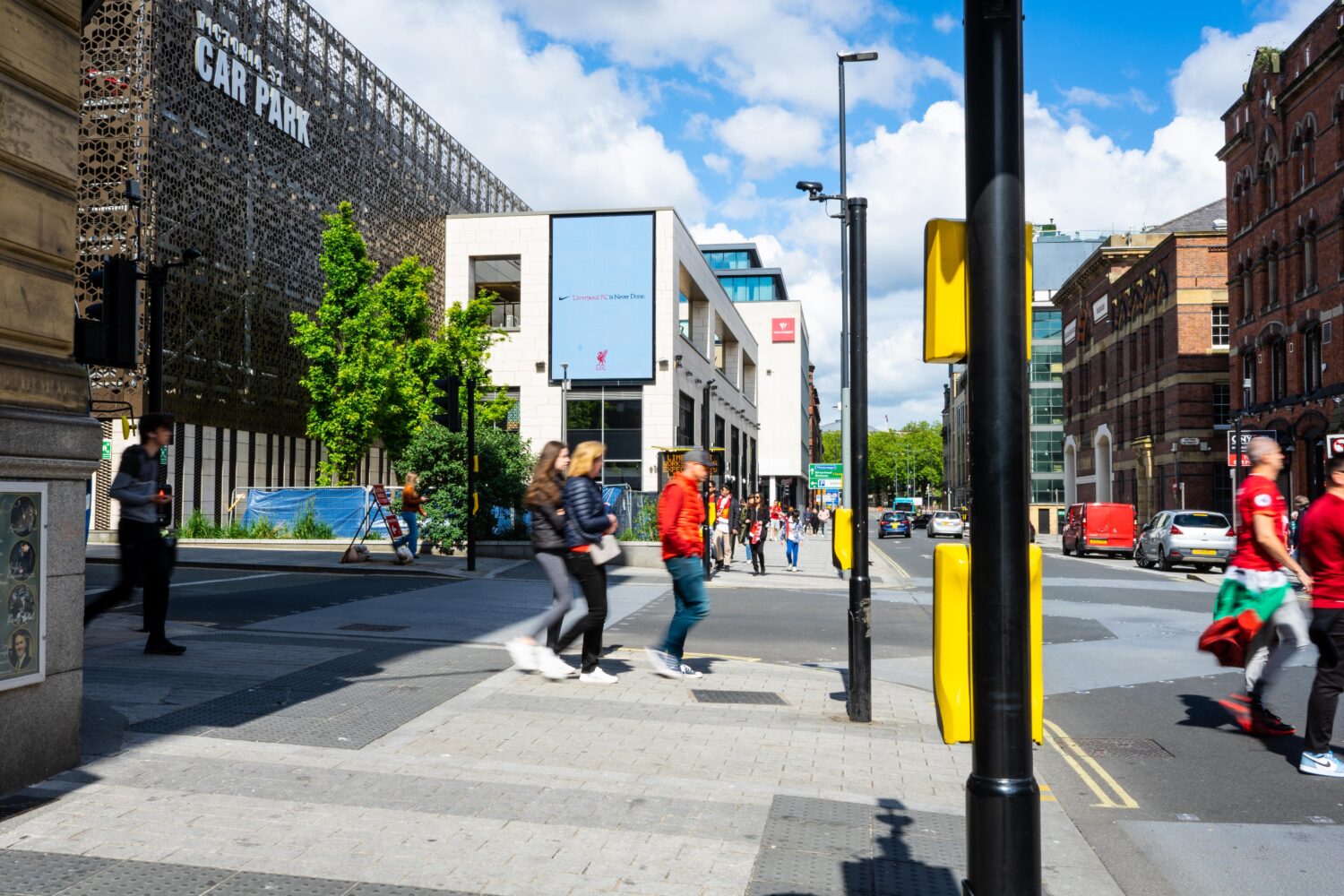 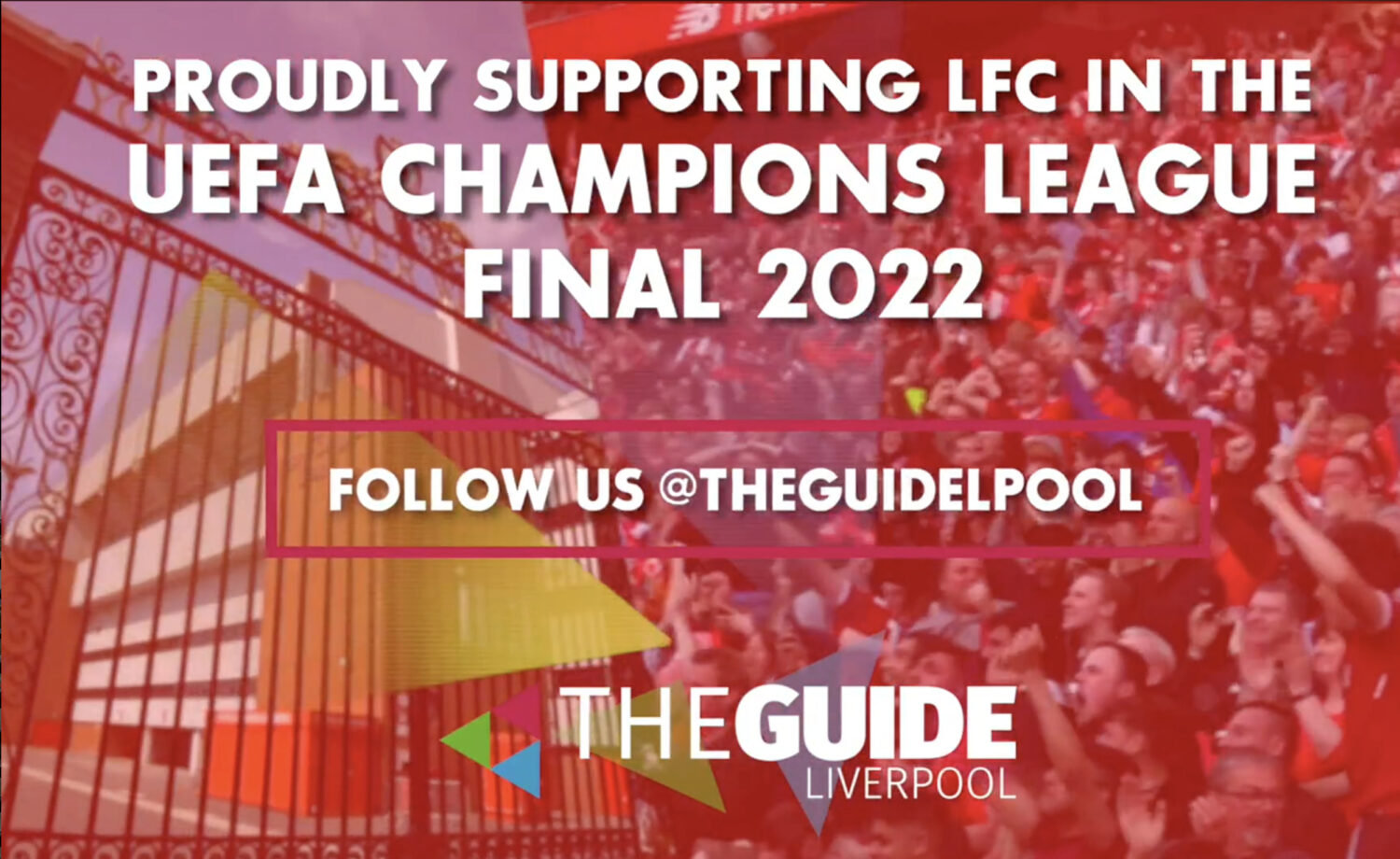 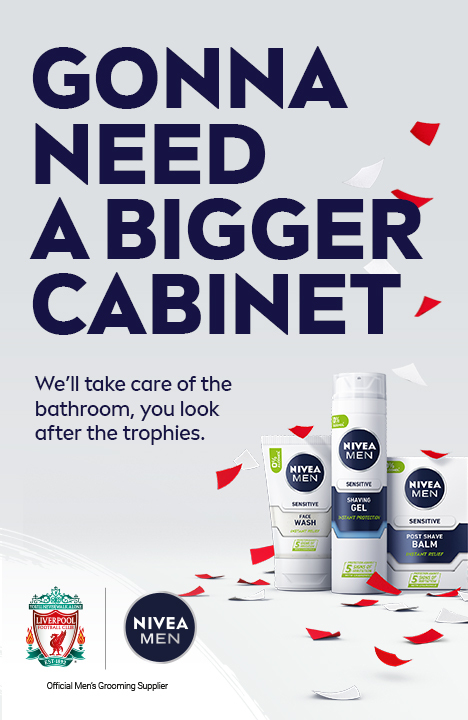 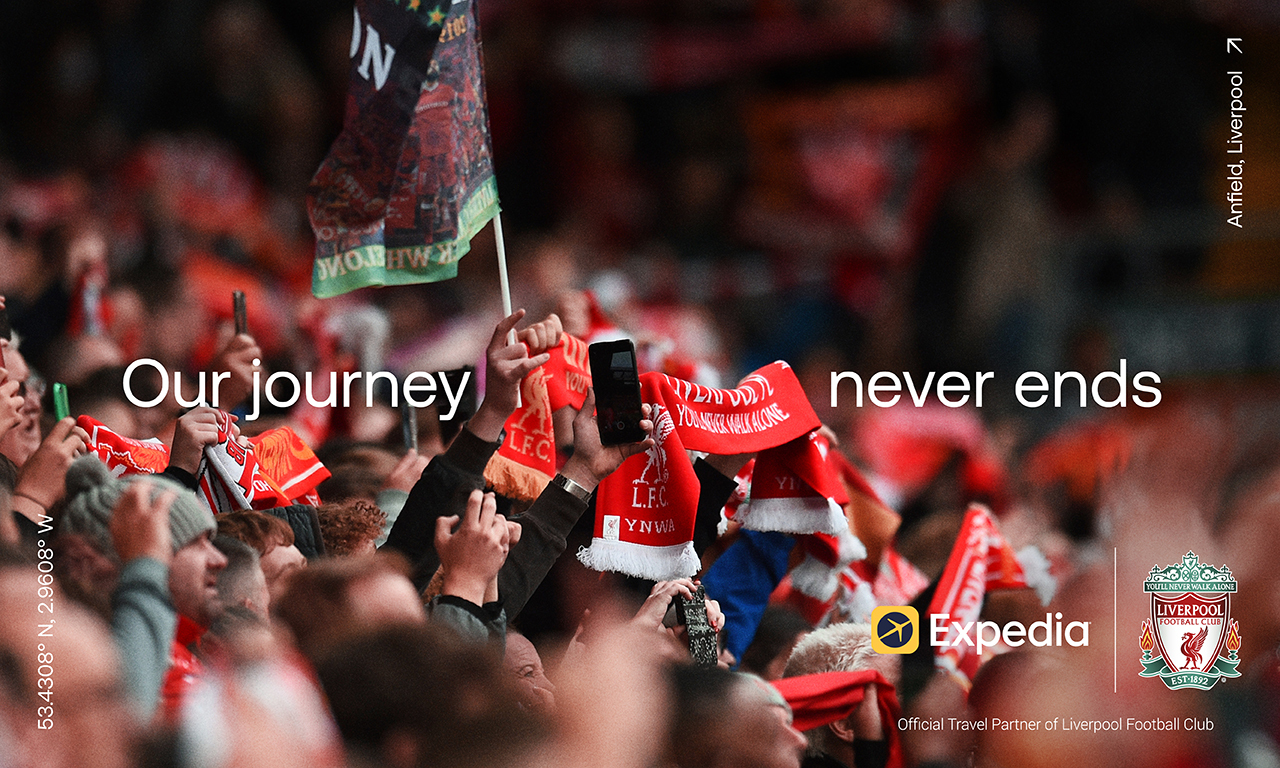